Dementia is a general term used to describe a variety of progressive neurological disorders, namely, a condition that affects the brain. There are hundreds of dementia subtypes, but the most common are: Alzheimer’s disease, dementia with Lewy bodies, vascular and frontotemporal dementia.

What are the causes of dementia?

The brain consists of nerve cells (neurons) which communicate with each other by sending messages. Dementia damages nerve cells in the brain so that the message cannot be sent from and to the brain effectively, which stops the normal function of the body. It doesn’t matter which type of dementia a person has or the which part of the brain is impacted, every person will experience dementia in their own unique way. 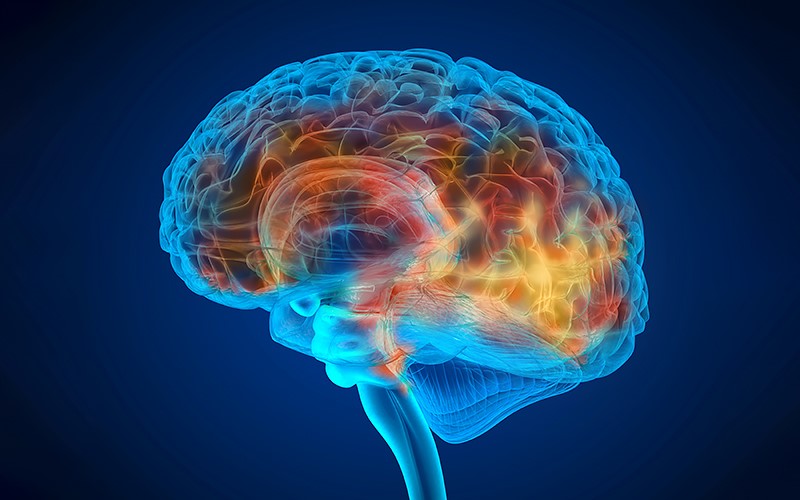 Dementia is a global problem but is most often seen in rich countries, where people tend to live to a very old age. Alzheimer’s Society has reported that there are over 850,000 people living with dementia in the UK today. Over 40,000 of these will be people suffering with early onset dementia, which often occurs under the age of 65. As a person gets older, their risk of suffering with dementia rises. An estimation has forecast over one million people in the UK living with dementia by 2021. If you need information about Live in Care for Dementia Carers, visit a site like https://www.liveincare.com/

The most common types of dementia:

Alzheimer’s disease is the most common type of dementia in the UK. It is a physical condition that is caused by changes in brain structure. This is due to the buildup of protein, or ‘plaques’ and ‘tangles’ which impair the ability of brain cells to transmit messages and eventually led to the death of brain cells. Alzheimer’s symptoms often grow slowly over time impacting the ability to focus, memory, language, reading, writing, organisation and sense of direction. Drugs are available to slow down the disease but there is no cure.

Dementia with Lewy bodies is a progressive condition which means that symptoms worsen over time and it affects movement and motor control. Sufferers may be susceptible to falling, experiencing tremors a bit like Parkinson’s disease, have difficulty eating and drinking, suffer disturbed sleep patterns or nightmares and suffer visual and auditory hallucinations due to nerve damage. Memory cells are often less affected than other types of dementia, but a person may experience sudden bouts of confusion that can change hourly. 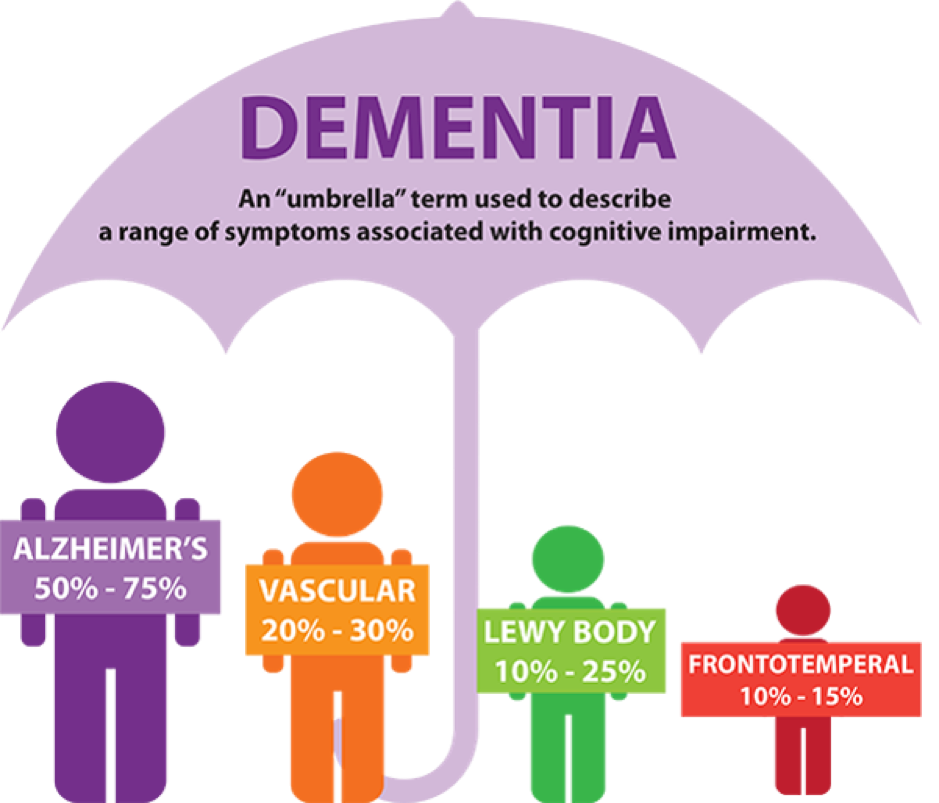 The next most prevalent type of dementia is vascular dementia. This occurs due to problems with the blood being supplied to brain cells, often due to a stroke or a number of smaller strokes which leads to local cell damage in the brain.

Fronto-temporal dementia is a progressive condition which means that symptoms worsen over time. It tends to affect people aged 45 to 65 years old but one can at any age. The areas of the brain most affected are the frontal lobes which are essential for social communication, personality, the ability to make decisions, feelings, organisation and motivation.