As the century drew to a close the 1990’s promise to be one of the most interesting for Television. The decade began with the launch of Sky and all of the channels that it brought. Suddenly there was more choice than the British public had ever dreamed of. Channels just devoted to sport and to movies were suddenly available to them, and, in one of the most controversial moves the Premier League was locked out to only those that could afford it save for highlights on a Saturday via Match of the Day. Soon Cricket and Formula One was to follow but the opening salvo against the terrestrial television giants of the BBC and ITV was fired and felt first with football. 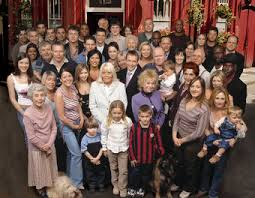 As with now, you still needed to have decent areila reception and TV Aerial Installation Swansea experts One Vision are perfect to the job.  The old staples of Coronation Street and Eastenders maintained their position. With new channels being added the repeat option for such programmes meant that output had to be increased. Eastenders took on more social issues and Coronation street began to embrace more comedic approaches.

It was also the start of more television over longer hours. Terrestrial channels began to show programmes increasingly into the night. The BBC, famous for playing the National anthem when it was time to shut down for the day, started to show BBC News 24. ITV went with a presenter introducing fringe shows before slipping into an all night call in game show that it turns out was almost impossible to win.