Home  /  Main  /  The car features which are fueling sales for the industry
Tommo September 23, 2017 Main Comments are off 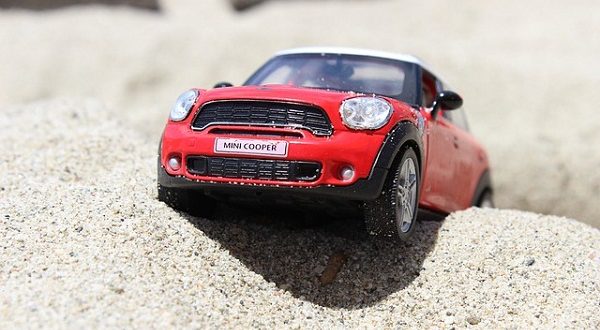 Gone are the days where a steering wheel and four wheels are the main features of a car. Now, the job of the sales person on the forecourt has been made all the more easier, with manufacturers implementing all sorts of futuristic features which make customers keep returning for more and more.

According to Jeffrey W. Lupient, features are becoming more in-demand than ever before. To highlight just what is making the industry so ‘futuristic’, we’ve put together some of the technologies which have helped to transform automobiles over recent years.

Before we progress, we should highlight that these features aren’t necessarily Jetsons-esque, but are still hugely advanced when compared to vehicle features from just a decade or so ago.

This first feature should be completely expected, given the fact that driverless cars now seem to be within touching distance.

However, as most of us still have to wait for the typical vehicle to become fully autonomous, we’ll take any similar technology we are given. This time it comes in the form of lane centering technology which, as the name might suggest, will center your car in the lane so you don’t sway out of line. It uses on-board cameras and with Ford and Toyota both using the technology, it’s becoming very mainstream indeed.

Cars which give you the green light

While this technology hasn’t been rolled at just yet, Audi have announced that it’s in the pipeline and if it’s anything like the details we’ve received, it should be an absolute Godsend for drivers around the country.

Sitting at lights isn’t fun and many of us will have been in that familiar position of guessing just when they are going to change, or whether our vehicle is going to make it at the next turn. The new technology will do all this for you; telling you exactly how long until the next green light and also warning you how you should alter your speed so that you progress through the next green light on your journey.

With both BMW and Mercedes-Benz jumping on this next one, it’s safe to say that this is becoming very mainstream as well.

While the technology itself isn’t called anti-tiredness (we’ve just dubbed it this), this is the effect it has. Manufacturers have developed technology which will learn how you normally drive your vehicle, before issuing a warning if they sense that you are becoming too tired and should pull over.

Something that you may have noticed with a lot of these features is that many are here to solve modern-day annoyances. This technology focusing around high-beam control is no different and will tackle an issue that is known to us all.

Having to switch high-beams on and off is tiring in itself when the night falls, so BMW and Audi have both created laser-systems which detect when other drivers are approaching and the lights have to be adjusted. Ultimately, it’ll probably mean less road-rage as well.