At the start of the twentieth century Marshall B Lloyd had an idea. Rather than make furniture out of wood why not use the hardwearing Kraft paper, a wood pulp derivative. If you are interested in his designs and want to redecorate and add a flair to your home after perhaps recently having bought it through the best conveyancing solicitors Guildford have like Sam Conveyancing read on. 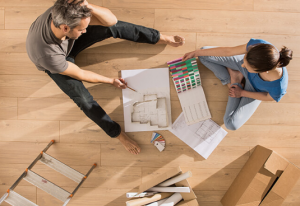 His idea was to twist it and turn it much like wicker chairs. Lloyds Looms furniture was born! You can see his designs very much with us today in the orangeries and conservatoires of the land.  The simple relaxing chair was just the start. There were bedside and storage units and even a set of a Lloyd Loom dining chairs to have a relaxing time eating alfresco.

It was the eye of William Lusty (a munitions box manufacturer) that was caught by the designs on the advice of his agent in America. Lusty was looking for a new use for his factory in Bromley on Bow in London following the end of the First World War. He quickly realised that the machines that he was using could easily cope with the change to furniture manufacture and he moved fast to obtain the rights to make the chairs in the UK. He achieved this in 1921.

Throughout the 1920’s and 30’s the designs were very popular. Their main customer on the home market were those looking for some seating for the warm environment of the conservatory and summer rooms. In the commercial market the Cruise liner companies bought them in droves as they became the standard furniture to sit on when traveling the Atlantic and taking in the sea air. They were also popular at the sea front and on the pier. It was even used by the new Zeppelins on their maiden voyage to America.

The reason that the design was so popular in these places is that it has a lot of advantages going for it. Crucially it doesn’t warp and go out of shape like wood and canvas will do if exposed to damp and hot conditions. Considering where they were being placed this was the perfect answer. They were also easy to clean and didn’t have any sharp edges to catch linen trousers or the summer dress and snag it as unlike traditional wicker they were smooth.

Lusty’s fortunes took a dive when the site of manufacture was bombed into nothingness in the London Blitz. At it’s height it stood at seventeen acres and had over five hundred people working on the site. No one was injured as the attack took place at night. All factories were targets as they were being considered as sites to start making items for the war effort. The Lusty Company sold the site and left London for the more rural village of Martley in Worcestershire. The designs never repeated their twenties and thirties heyday and the site closed in 1968.