Would you believe it’s been over 80 years since the very first broadcast on British television? During that time, we have been treated to some truly amazing shows that have gripped the nation. Here are some of the nation’s favourite and most watched TV shows:

One of the most loved shows of all time is Only Fools and Horses. When Del Boy finally became a millionaire after so many years of trying, 24 million people tuned in on 29th December 1996. Many other episodes have topped the rankings, especially the Christmas episodes.

Another top spot in the rankings went to the show To the Manor Born which starred Penelope Keith and Peter Bowles. The November 1979 episode attracted more than 20 million viewers.

A now iconic interview between Martin Bashir and Princess Diana in 1995 also makes the list with the highest ever viewings for an interview. This was a Panorama episode where the Princess discussed private matters, including Prince Charles’ affair.

Coronation Street is another firm favourite, enjoying consistent viewing figures since its beginnings. Interestingly, we seem to love the TV of yesteryear as no programmes from the last 15 years appear on the highest-ranking TV shows list. To make sure you can keep watching your favourite shows, consider contacting Bristol TV aerial installation.

Audience figures have been dwindling since the 1980s. This is partly due to increasing numbers of channels to choose from and recently the rise of on-demand viewing. When TV began in 1936, TVs were a rare sight but now almost every household has at least one set, often more and over 300 channels to choose from. 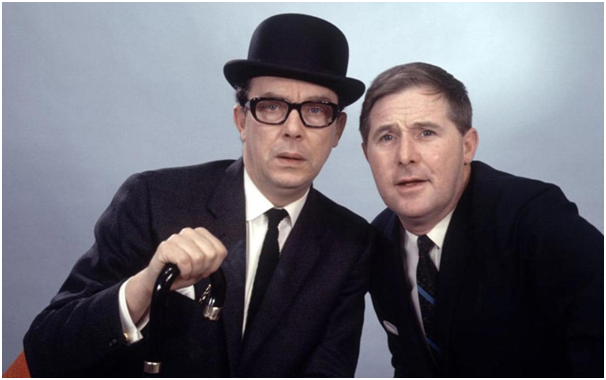 TV in the United States obviously has different most-watched rankings. According to their figures for the most-watched TV episodes of all time, final episodes of Roots in 1977, Cheers in 1983 and Seinfeld of 1998 all make the list.

Unsurprisingly, over 40 million viewers tuned in to discover who shot J.R in a 1980 Dalla episode – the same episode that made the list in the UK too. The ultimate prize however, goes to the finale of war comedy M.A.S.H which drew an amazing 50 million people when it appeared on TV in 1983.