We are surrounded by more cameras than ever before in human history and this means that it’s possible to capture some pretty amazing things. The sorts of things that previously you would only have had someone’s word for but now we capture them and share them all around the world. Whether they include near misses, accidents, UFO’s, ghostly apparitions or funny freak events – we love watching these videos and YouTube is full of them. You could easily spend a  whole day just watching these videos and I’m sure many of us have spent longer than we should watching what other people have caught on camera. Let’s take a look at some of the things we can see, taken from CCTV, dash cams, Body Worn Cameras, helmet cams and mobile phones.

The helmet cam of a skydiver managed to capture the moment where a routine skydive went horribly wrong. A plane carrying the skydivers collided with another small aircraft carrying another group of skydivers. Several cameras were trained on the accident, giving different views of the event. Thankfully, nobody was injured but it was a pretty close call. For more information on personal cameras, visit http://www.pinnacleresponse.com/body-cameras-and-the-law/

Amazing footage of a meteor in Russia was caught on numerous dash cams. There are huge number of dash cams in Russia due to a big problem with insurance fraud but lucky for us, they also captured this fascinating moment when a giant fireball entered the freezing Siberian atmosphere and exploded in the sky. It made quite an impact, smashing windows and injuring hundreds. 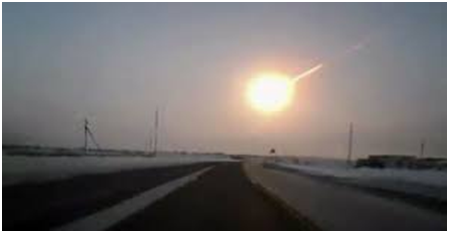 Some actions will be forever remembered, whether you want them to or not. With cameras constantly rolling, if you do something funny or silly, then be prepared to share it with the whole world! One such funny incident features a teenager at a basketball game in America. During a half-time show at the game, one very eager teen managed to slam dunk the ball and himself at the same time! This hilarious act was watched by an audience of 20,000 fans and then shared across the globe. Bet he couldn’t do that again if he tried!

Whatever happened to the little green guy who got blasted out of a rocket? A camera at NASA recently launched the Lunar Atmosphere and Dust Environment Explorer rocket, unaware that the rocket had an unexpected passenger. A small frog had gotten into a pool of water and the unfortunate fella was blasted into the air as the rocket fired. The event was caught on a single frame by one of three cameras filming the launch. Nobody knows what became of the first frog astronaut.

Time for some romance now. One photographer in Sydney set about to capture a beautiful sunset on Bondi Beach. When he got home and looked at his shots, he had unwittingly caught two silhouetted figures against the sunset, in a marriage proposal position. The pictures went viral but whoever these lovers were, they have never come forward to identify themselves. Maybe she said no!