You may think of hydraulic technology as an invention of the industrial revolution, but it was actually used thousands of years ago by various ancient empires across the world. Read on for examples of ancient hydraulics, and if you are in need of an Hydraulic Power Unit, visit www.hydraproducts.co.uk. 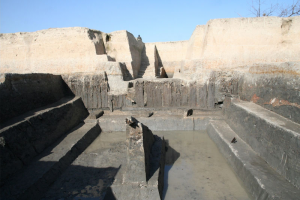 The first evidence of hydraulic technology is from the Mesopotamian and Ancient Egypt empires. They used an irrigation system now referred to as ‘basin irrigation’ in order to keep their crops watered through the growing season. It used the flooding of the Nile to help fertile sediment settle, and then return the water to where it was originally. Another device they created was the ‘water clock’. This measured time by the regulated flow of liquid into a vessel. Ancient Egyptians and Mesopotamian had similar methods of measuring using a water clock.

The Persian Empire also used hydraulic technology by constructing complex tunnels into basins of mountains in order to extract groundwater. Due to their elaborate irrigation systems, early Persian farmers were successful despite long periods without rain. Referred to as ‘a masterpiece of creative genius’ and declared a world heritage site by UNESCO, the early Persian empire created a legendary piece of technology called the Shushtar Historical Hydraulic System. 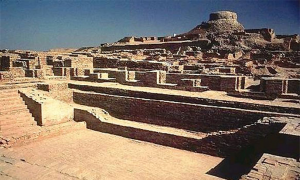 Lastly, ancient Chinese civilisation along with other ancient Asian civilisations depended on waterpower and developed a water wheel. Zhang Hend is the first person we know of that applied hydraulic motive power in order to rotate an armillary sphere.

It is incredible to know that hydraulic technology has been around for so long, and there are a number of other ancient civilizations who used this type of power, especially for irrigation of crops.