Just as clothes go in and out of fashion, so too does food. Prawn cocktails, chicken Kiev, Angel Delight, arctic roll – all dishes that instantly take you back to the 1970s. But, ‘retro’ is very much in vogue at the moment, and Coronation Chicken is just one dish that is making a right royal comeback. 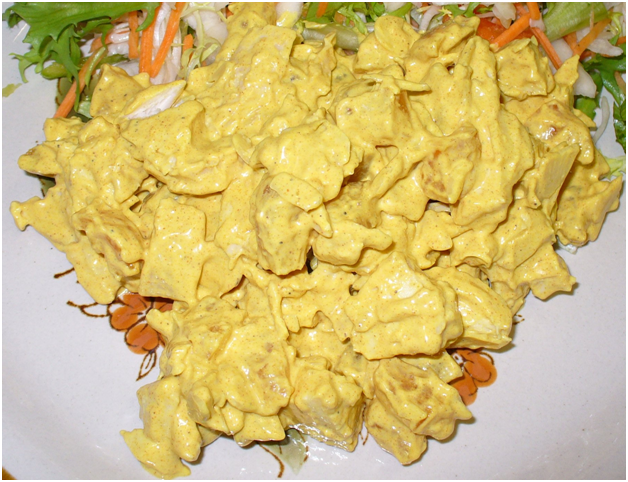 Originally created to commemorate the coronation of Queen Elizabeth II, it evolved from a dish served at occasions to something for the every day and a sandwich shop staple, but it became more gloopy and unappealing over time.

Rosemary Hume and Constance Spry of the London Cordon Bleu school are credited with its creation, inspired by the Jubliee Chicken made for George V’s jubilee some 18 years before. They named their dish “Poulet Reine Elizabeth,” though it soon evolved to the less exotic-sounding Coronation Chicken.

Hume and Spry put a lot of thought into the dish and countered lots of perceived problems, such as the varying tastes of the 350 guests to be catered for in Westminster School’s great hall. Kitchen space there was limited, and the waiting staff might be inexperienced, so they wanted a dish that needn’t be served hot.

Tastes Of The Empire

Hume and Spry did include curry powder among the ingredients, though not so much that guests would detect a spicy taste. Instead, they hoped people would detect a more delicate, nutty flavour. The first time, it was served with champagne, though today is more likely to be washed down with a bottle of cola or lemonade.

For an easy, quick recipe for Coronation Chicken, see the BBC Good Food website, or for lots more ideas and inspiration for chicken online recipes, something for every occasion, check out Food Tales http://food-tales.com/food-recipes/chicken/.

Coronation Chicken is a dish that hasn’t stayed in the past and thanks to various chefs, it’s reinvented itself and is no longer confined to the retro menu. Obviously, the chicken has to remain as a constant, but it’s a recipe that can be tweaked and interpreted to suit your audience – more fruit, perhaps mango in place of sultanas, or more spice, not necessarily curry powder but something like coriander is much more modern. Many suggest using thigh meat over breast for a stronger flavour, and to poach it first. Don’t be afraid to experiment!